In India, so far, there have been Film Festivals at the state level such as Rajasthani Films, Punjabi Films, Marathi films, Bengali films, Gujarati films, etc. Or international film festivals are being organized like the Rajasthan film Festival. We are Work with  Regional Feature Film Festival in India and Short Film Festival in India, We have collected the data in around 10,000 Film Festivals around the world, but many of these festivals have either closed or are taking a time-out from running events. we would say that to be considered ‘active’, programs will be run in the last two years. By this standard, there are 3000 active film festivals. 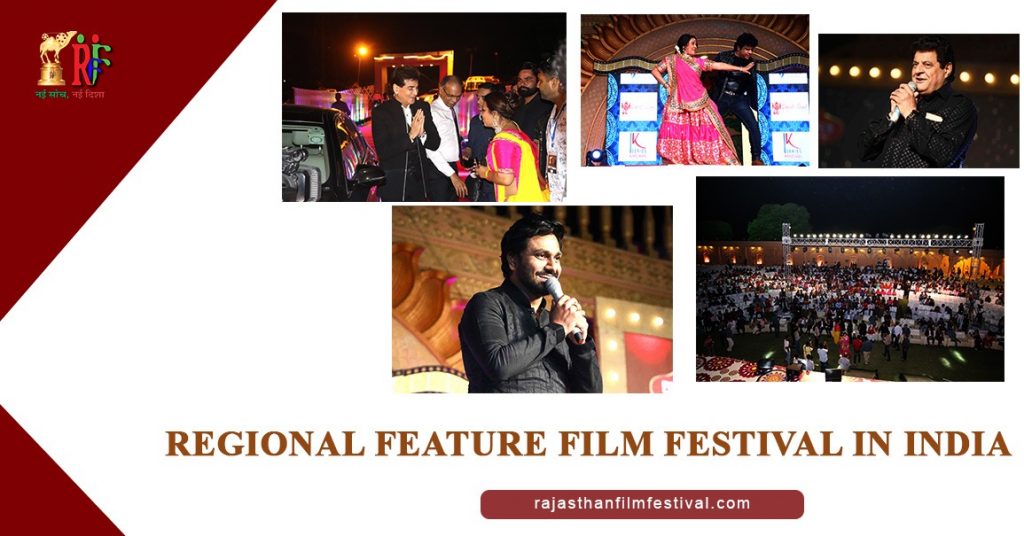 We have imagined a different film festival that will bring the film industries of all the languages of India and the cinema there in one place. This is the embodiment of the imagination – the Rajasthan Film Festival in India, whose short name is RFF. The festival will include movies of all Indian languages like Tamil, Telugu, Malayalam, Bhojpuri, Punjabi, Oriya, Gujarati, Assamese, Marathi, Bengali and Rajasthani.

The festival will include all the Indian states from all the states, Regional Feature Film Festival in India, along with the superstar and filmmakers. Many workshop seminars etc. are also being organized.

Film Festival Circuit is a diverse creative ecosystem that is full of films of all types, styles, and lengths, where midnight screening, double feature, shorts program, and local showcase are all common. You have got your community college festivals, regional festivals in your small town, short film festival, Documentary festivals, fashion in style, and Film Festival throughout the world.

If you also want to experience the real and authentic aura of Rajasthan, then we suggest that you participate in those fairs and festivals of the state without whom your Rajasthan tour will never be completed. These festivals of Rajasthan are a celebration of culture, life, nature, and heritage. Here are some of the Rajasthani festivals that you should experience at least once in your lifetime.